On September 22nd 2019, ClickFunnels had their 5th year anniversary and announced some pretty big changes for the direction of the company along with the introduction of ClickFunnels Platinum.

During the live broadcast of their 5th birthday party celebrations, they firstly announced the new direction that ClickFunnels will be taking.

Before the event, there had been a lot of talk and speculation in the community that Russell may be retiring or they may be selling the company and so forth.

Fortunately for us, none of these rumours was true. However, they are changing the direction they would like to move in.

A few years ago, the company made the decision to compete in other IM niches and announced that they will be introducing their own autoresponder service, Actionetics MD. They also had plans to introduce chatbots, a CRM and so forth.

Unfortunately, Actionetics MD wasn’t as successful as they expected.

Instead, they found that the introduction of these extra services only stretched their resources too thin and it has been difficult to move forward with the development of these products and even harder to provide the support needed.

On the live broadcast, Russell held his hands up to this being a mistake and that they need to change their strategy.

As a result, they are now focusing their efforts entirely on the things they are the best at, which is sales funnels.

So, all this means that…

If you’re currently using Actionetics or Actionetics MD don’t worry, you will still be able to use them, but there will be no more updates to them and new ClickFunnels users will not have access to them.

If you are currently using them then bear in mind that although you can still use them, any new bugs that occur will not be fixed so you may want to start thinking of switching to an external autoresponder.

I use Aweber and highly recommend them as they’re very easy to use, have a great deliverability rate and have very good tech support. You can get a 30 day free trial with Aweber here.

So, with that being said, all the development and support will be entirely centred on ClickFunnels to make it even better. Personally, I think this is a really good move on their part and great for us!

Now that’s out of the way, I want to get to the main reveal, with is the release of ClickFunnels Premium.

By now, you’re probably wondering what ClickFunnels Platinum is all about. Here, I’ll break it down and tell you about the new features on this upgraded package.

If you’ve decided to buy already, then click the button below to grab my ClickFunnels Bonuses. 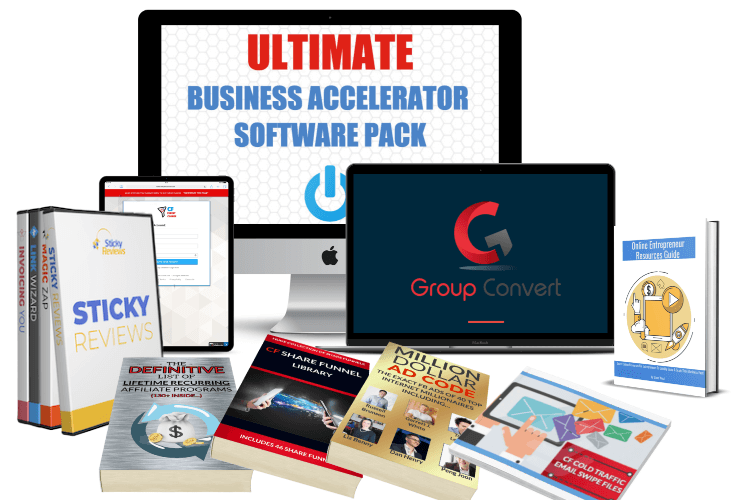 
What Is ClickFunnels Premium?

The new Platinum package is to replace the Etison suite package, which had a price tag of $297 per month.

While the price for ClickFunnels Platinum also remains the same at $297, the features are different and much improved.

If you currently have an Etison Suite subscription then you will the put onto the Platinum plan automatically. You will still have your unlimited number of visitors, funnels and pages in your account as before.

As I mentioned earlier, you will still be able to use Backpack and Actionetics. However, Actionetics is now called “Followup Funnels”.

The really exciting part about ClickFunnels Platinum is that includes 3 additional features:

Here’s the deets below…

If you’ve been around for a while then you may have heard of the Virtual Hackathons before. It’s something that Russell had in his high ticket 2Comma Club X Training course.

Basically, it’s live training that will teach you exactly how to build the 11 different funnels types. The focus is on you getting your funnel set up, designed, optimized and launched.

As there are 11 primary funnels, each virtual hackathon session will cover one of the core funnels. However, you will be able to fully customise them as you need to.

How this would work is, you’d know ahead of time which funnels the virtual hackathon coach will be working on and if that’s a funnel you'd like to build out then you can jump on that day and work with the coach to build out your funnel with their help exactly how you want it.

This is a pretty amazing feature if you think about it. It can literally save you a ton of time struggling to build your funnel and get it live.

You’ll also have an expert funnel build telling you exactly what will work and what will not work with your type of funnel, which will also save you a lot of money on testing once your funnel is launched.

The planned start date for the virtual hackathons is 12th October 2019.

Russell came up with the idea of the Funnel Flix feature from Netflix, but rather than having a library of movies and TV shows to choose from, you’ll have access to some of the best business training courses available online.

Regardless if you’re a standard of Platinum ClickFunnels user, you can access Funnel Flix from inside your dashboard. However, you can also find it directly at this domain http://members.funnelflix.com.

When you’re inside Funnel Flix you’ll see the 4 tabs:

The third tab is ClickFunnels Collective, which Russell did not mention during the birthday celebrations on 22nd September. However, it’s going to be a third-level account above the Platinum level and will not be available until Funnel Hacking Live on January 29 - February 1, 2020, in Nashville, Tennessee.

During the lead to FHL, I will be tracking all the info on this so you can see my updates on [ClickFunnels Collective here].

What I can tell you about this 3rd plan now though is that not only does it unlock all of the training courses, you will also get your own support representative, regular live group training sessions and the opportunity to attend live events held every quarter.

Back to Funnel Flix…

When you log in you’ll notice that you have access to tons of training on the Platinum account and also a few great training courses are also available for standard members, which surprised me. See also: Ways to be successful with ClickFunnels

Setting up a private ClickFunnels forum is a great move in my opinion and something I think they should have done a long time ago.

The Official ClickFunnels FB group is now very crowded with over 200,000 members, even though there are currently only around 95,000 people who pay for a ClickFunnels account.

I don’t know about you but personally, I find it super distracting to have to log in to Facebook while I’m working.

It’s also kinda confusing how Facebook organises the info posted in groups as posts are often not in chronological order and it can sometimes take ages to find a post that you want to go back to.

So, finally, we now have a private community that is only for paying members.

The forum is much easier to navigate, clearer and no way near as distracting as Facebook.

You’ll find the forum inside Funnel Flix, which is kinda a strange place to have it. I think it makes more sense to have access to it from the main ClickFunnels dashboard, but that’s not really a big deal.

​It’s still early days so it’s not clear yet how popular the forum will be, but I’d imagine a lot of the members will start posting in there more over time, especially when it comes to more specific info on funnel building.

I think the new changes ClickFunnels have made are a good thing for the company and their users. It’s great to see that there will be more focus on the core product, which will make the funnel and landing page software even better for everyone.

ClickFunnels Platinum is also an excellent idea in my opinion. It’s well known that Russell’s training courses are among some of the best in the IM space. Since some of them can be pretty expensive, ClickFunnels Premium makes it more affordable and will increase everyone's chances of having success online.

I personally don’t mind about the phasing out of Actionetics and Backpack as I don’t use them. At the moment I currently have the $97 per month plan and I’m already benefiting from the training available in Funnel Flix and the Funnel Hacker forum.

However, once I’m done with those training I will probably upgrade to Platinum as the extra training looks awesome!

You can get additional help and begin using ClickFunnels to build your business at the same time.

I've created this bonus offer to give you everything you need to be successful using ClickFunnels and growing your business.

Here's what you get when you sign up for a free trail today:

Bonus #1: Unlimited Support With Me Through Email or FB Chat For As Long As You Need ($1997 value) - Have a question about using ClickFunnels or promoting your business online? just reach out to me and I will help you out.

Bonus #3: The Million Dollar Ad Code - Want to make a killing through paid ads? - Here you can see exactly what the million dollar marketers are doing to have massive success.

Bonus #4: List of High Converting ClickFunnels™ Share Funnel Templates ($497 value) - Want to learn how to build high converting sales funnels or maybe you just want to grab a funnel template that's been proven to work and use it for yourself. Here you get access to over 46 top funnel templates.

Bonus #5: The Definitive List of Lifetime Recurring Affiliate Programs - Interested to build a recurring income online through affiliate marketing? Here is a list of over 130 of the top products to promote online that pay you a residual monthly income.

Bonus #7: CFCold Traffic Email Follow-up Swipes ($97) - Writing your email sequences can be a daunting task. Here are pre-written templates you can use as a template, customize and use them in your own business.

Bonus #8: CF Expert Training Course ($197 value) - Feel daunted trying to learn how to use ClickFunnels? You don't need to. This training course will quickly take you through the learning curve and make you an expert funnel builder in no time at all.

With these bonuses you'll be able to grow your business online and have success using ClickFunnels much more quickly saving you a ton of time and effort.

Visit my ClickFunnels bonuses page for more info on these bonuses and how you can get them.

Find out more or adjust your settings.

You can adjust all of your cookie settings by navigating the tabs on the left hand side.